Diaries as Keyholes to the Past 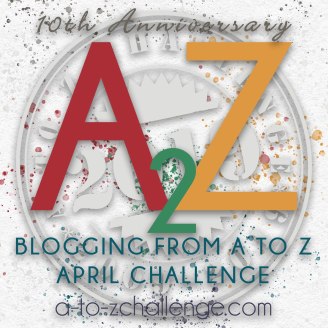 Join us in the 2019 A to Z Blog Challenge as we celebrate historical fiction. These posts will also be shared in the weekly newsletter, Pages of the Past, which debuts April 5th.

Diaries as Keyholes to the Past

My fascination with historical diaries and journals began the summer of 2005. I can pinpoint the time because that’s the summer I took a two week driving vacation to see my dad, stopping at eight family cemeteries along the way. Because – antique stores, museums, and cemeteries – don’t the best vacations include these elements? And driving – because in an airplane you can’t spy the ‘Museum next right’ sign, turn on your blinker, slow down and exit.

Coming home from Arkansas, we detoured north, through a corner of Nebraska. I’d never been in Nebraska. And of course, I spied a sign for a sod house museum and came to a screeching halt in their parking lot.

Three books joined us in the car when we left. Naturally.

One book was Mollie: The Journal of Mollie Dorsey Sanford. Mollie began her diary in Indianapolis on March 23, 1857. She wanted to record the family’s journey west to Nebraska City. January 15, 1866 is the last entry and the diary, or journal, covered her courtship, her marriage, the Civil War years and gives us an in depth look at a young woman’s life during this period.

“I have been very ill, and in my convalescence have determined to recopy my old journal, as the original by going through a flood while camping in the mountains is almost obliterated, and only can be deciphered by myself.

…It is of more value to me than it could possibly be to my children, but I desire that it be kept in the family and treasured as a relic of by-gone days, not from any especial merit it possesses, but because I do not want to be forgotten.”

Two other books I purchased were related. Butter in the Well: A Scandinavian Woman’s Tale of Life on the Prairie, is a historical diary of the years 1868-1888. The other is Prarieblomman: The Prairie Blossoms for an Immigrant’s Daughter, a historical diary from 1889-1900. Each of these are fictional diaries, but are written from extensive family research. They each include many actual family photographs and copies of pertinent records.

I was hooked. Reading through all three books was like peeking into a keyhole that led directly to the past.

Another fascinating book I discovered more recently is The Union: Diaries, Memoirs and Letters of the Civil War. In one letter, Edwards writes to Father and Mother on July 29, 1863:

“…We went to one place and they had about 10 or 12 hives of bees. One of my tent mates and myself thought we should like a little to help a hard tack down so we asked the man of the house which hive was the best one and he said that he guessed that there was not much in any of them but we were not going to give it up. So we went and got a good pile of cotton (there is pleanty of cotton in this states) and set it a fire and got it to smoking then went and picked out a good hive and smoked the bees out and we had a nice mess of honey.

I did not have a very heavy load when I came into camp last thursday. Everything I had was my pants, shirt and cap, Gun & equipments. I lost everything else and my boots I had to throw away. They were all worn out and hurt my feet pretty bad. I came all the way from Jackson bare footed (about 60 miles). (I drew some shoes from the gov yesterday)…”

Then, when I obtained a five year diary written by Flora Caldwell Luper, from the years 1848-1954…that was my own personal treasure and years later I’m still doing a happy dance over that one! But that’s different story for another day.

These written accounts that survive long past the lives that lived them provide great details that we can use as we create historical fiction with realistic touches. And even if you don’t need the specific research for a certain era or period that you’re writing about, it’s still intriguing reading that keeps me at least coming back for more.

Here are some online links with some great resources and diaries that have a lot of information.

If you’d like to receive Pages of the Past, a free weekly newsletter celebrating historical fiction, sign up here.

You can join us on Facebook at: Pages of the Past

A to Z Blog Challenge 2019, Prose from the Pros, Writer's Zen

Catalogs of a Vintage Nature

Comments on: "Diaries as Keyholes to the Past" (6)