It’s TUESDAY TALES. This week, we’re writing to a picture prompt. 300 words only, so the scenes will be short. Return to TUESDAY TALES for more great snippets, in a variety of genres. 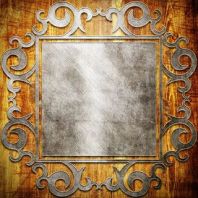 This scene is from my WIP, Fat and Sassy. This scene is based a true slice of life (story compliments of my mother as a girl). She and her friend Francie did occasionally ride the electric car, The Red Car, into Monrovia to visit Francie’s mother at work at JC Penny’s. The Pacific Electric Railway never turned around. When it got to its final destination in LA, it simply reversed direction and headed back to Glendora. Service on the Pasadena and Monrovia/Glendora lines was terminated in 1951, due to new freeway construction in the area. The conversation the two girls had — pure fiction on my part. My dad jokes that my memory of events that happened before I was born is phenomenal.

“C’mon, we’re gonna be late.” Mae tugged at Francie’s hand. “If we miss the Red Car, I’ll be late for dinner and my Mama won’t be happy.” 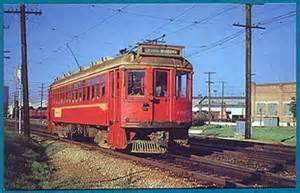 “Just a minute,” Francie said, turning her head for once last glance in the ornate mirror behind the JC Penny’s counter. She tucked a loose strand of hair behind her ear “She’d understand, though, wouldn’t she? After all, it’s not like we ride the street car into Monrovia very often.”

“No, we don’t. But I don’t think that matters to Mama. I’m lucky she even let me come with you. Usually I have to be home on Saturdays doing the dishes or watching Alvin Dale.”

“I sure am lucky I don’t have any younger brothers or sisters. It seems like you’re always watching him. You have to take Alvin everywhere with you. I’m surprised you didn’t have to bring him with us today.”

“That’s only because Mama didn’t want to have to pay an extra dime for him to ride the street car. Plus, she knew we were coming in to see your mom at work and she probably knew it would be more fuss for your mother if we had him with us.”

The girls headed out the door to stand by the rail car station, waiting to board for the return trip to Glendora.

“It is too bad, though,” Mae said. “He would have liked to see how the cup and pulley system takes the money and the order upstairs, then they send the change back down to the counter in the same contraption. That’s kind of neat. They don’t have anything fancy like that in the stores in downtown Glendora.” 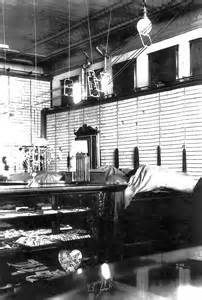