Fat and Sassy: Jones and Clines at church

This WIP, Fat and Sassy, continues with the Jones family on their way to the stone church in Glendora. Living only two blocks from the church, the family walked. It was easier than trying to get the family of eight loaded in the car for a two block drive.

The Jones family filed out the front door. Bea and Casey led the way, followed by a line of little chicklings. Mae was next in line, right behind her parents, her two sisters following behind her, laughing and pointing. Tom and Bill brought up the rear, lagging further behind with each block.

“See,” Helen said, giggling. She pointed to Mae’s behind. “See that swing Mae’s got.” She started swinging her hips from side to side, in an exaggerated manner.

Mae stopped and turned to her sisters, her hand poised on her hip. “Stop it you two!”

Helen kept it up, singing her own little ditty, “Mae’s got a swing in her seat.”

Mae frowned at her sisters. “Ugh! I am so glad we’re in different Sunday School classes. You two can be so annoying.”

“Girls,” Bea turned and called to the girls now far behind her. “That’s enough. Get yore bottoms up here and stop yore fighting.”

The lagging children scurried to catch up with their parents.

At the end of the block the gray stone church stood imposing on the corner of Glendora Avenue and Whitcomb Avenue. The boys broke into a run, across the green lawn Casey had just mowed the afternoon before. “I’m climbing on the wall first,” Tom called out.

“No you’re not. I am,” Bill called out as he moved into faster gear, taking over the lead. The girls scampered after them.

“At least they’ll git some energy out before church,” Bea said to Casey. She shifted Alvin to her other hip.

“Brother Casey,” the pastor said, meeting him with hand outstretched.

“Morning Reverend Cline. How are you?”

The men continued their Sunday morning social ritual, much like the women gathering in their seats, catching up on the happenings in their lives and comparing notes with each other.

The individual classes came to a close and families started to gather in the main church for services. The Jones children joined their family in their usual pew, one by one, as Mildred, the pastor’s wife, softly played ‘In the Garden’, her favorite hymn.

The three girls sat next to each other. Helen nudged Mae and pointed to pew where the three Cline boys sat. “See, Luther is watching you. I told you he always watches you. He likes you.”

As Mildred started playing ‘The Old Rugged Cross’, Cecil rose and headed towards the pulpit.

“Girls,” Bea hissed, “Hush!” Her hand reached down the pew towards the closest ear, which happened to be Ida’s, although she saw it coming and ducked out of reach before her ear got the familiar Sunday morning twist for misbehavior.

Cecil stepped behind the pulpit, hymnal in hand. “Good morning. Please turn to page 33 in your hymnal and join us in song.”

My WIP, Fat and Sassy, continues as the Jones Family heads to the stone church in Glendora. 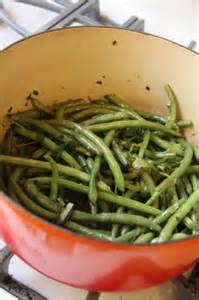 The next morning Bea roused all the children from their slumber. “Rise and Shine!”

“Me took,” Ida chimed in from her bed.

“Don’t give me no sass,” Bea hollered down the hall. “Up and at em! Come eat yore breakfast so we can get cleaned up and head to church.

Tom, the ornery little stinker that he was, was already up and playing, rifling through Bill’s things.

Bill woke up enough to finally realize what Tom was looking through. “Get outta my stuff!” he yelled. With all the commotion, Alvin woke up and started crying.

“Mae, git a bottle for your brother,” Bea yelled.

Helen stood in the bathroom, brushing her hair, oblivious to the confusion.

Everyone finally made their way to the kitchen. As the children sat, eating their oatmeal, Bea was busy in front of the stove, snapping green beans to fill up the Dutch oven. She added a large spoon full of bacon grease into the pot, stirred it in, and placed the cast iron lid on top.

“Dad,” she said to her father, who sat sipping coffee from his saucer. “I’m gonna leave the beans cooking on low while we’re at church. Can you check on it now and then, and make sure it doesn’t boil dry.”

“Shore nuff,” Papa replied. “I reckon I can handle that chore.”

Somehow, all the children ended up in clean clothes, with clean faces and slicked down hair. “Tom, c’mere,” Bea said. He walked over and in a flash, before he knew what happened, she licked her thumb and wiped a smudge off his cheek. “There, that’s the end of that.”

Bea picked up her purse and slid it down to the crook of her elbow. “Casey, carry my Bible,” she commanded, handing her worn leather bound Bible to her husband. She lifted little Evan up to her hip. “C’mon children,” she called. “We need to git on the road iffn’ we’re gonna get to Sunday School on time.”